Is Vinegar suitable for vegetarians and vegans?

The term ‘gluten-free’ implies no gluten, but in practice it is not possible to test for a zero level of gluten.  Ellsey’s vinegars all contain gluten at levels below 20ppm, making them technically gluten-free.

Is Malt Vinegar suitable for coeliacs?

Malt and distilled malt vinegar are both made from barley so must list the word ‘barley’ and emphasise it in the ingredients list. However virually all of this is destroyed during processing.  The amount of barley, and therefore gluten, in the finished vinegar is well below a level which is safe for people with coeliac disease.

Yes, but not enough to get drunk!

For thousands of years, vinegar has been produced naturally when alcoholic beverages ‘go off’,
hence the name Vinegar from Old French vyn egre, based on Latin vinum ‘wine’ + acer ‘sour’.

Vinegar is actually made when a group of bacteria (called “Acetobacter”) convert the alcohol portion of a solution to acid. This is the acetic,
or acid fermentation, that forms vinegar.  Virtually all the alcohol is converted but a tiny amount is left over at the end.

What type of vinegar is 'chip shop' vinegar

Most ‘chip shop’ vinegar isn’t vinegar at all, it is actually acetic acid with some colouring, often referred to as non-brewed condiment.

Are vinegar and acetic acid the same thing?

Vinegar is produced when an alcoholic source goes through a natural fermentation process.  As a result it contains many vitamins and other compounds not found in acetic acid such as riboflavin, Vitamin B-1 and mineral salts from the starting material that impart vinegar with its distinct flavor.

Does vinegar "go off"?

The shelf life of vinegar is almost indefinite.

Because of vinegar’s acid nature it is self-preserving and does not need refrigeration. “White” Spirit Vinegar will remain virtually unchanged over an extended period of time. Some changes can be observed in other types of vinegars, such as colour changes or the development of a haze or sediment. This is, however, only an aesthetic change. The product can still be used with confidence.

After a bottle of vinegar has been opened in your home for a long time you may notice ‘mother’ of vinegar floating on top of the liquid. It is a thick opaque substance that is actually cellulose. Mother is a naturally occurring process that is produced by the harmless vinegar bacteria and can be safely filtered out. 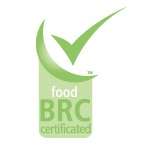 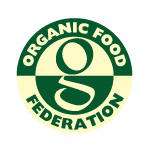 We are certified by the Organic Food Federation for maintaining best practice and high standards with our organic products. 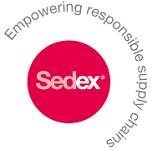 We are a member of the Supplier Ethical Data Exchange. Storing and sharing information on: Health and Safety, Labour Standards, Business Ethics and The Environment. 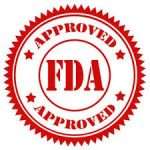